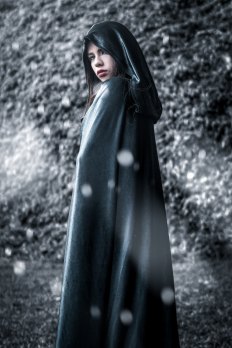 In the land of Jobendell, the king has been dead for forty years. During the war that ended the kings’ line, the sorcerer Dragan gave magical abilities called Marks to the people in order to sow chaos. Eighteen-year-old Journey Baye desperately wishes for the undoing of the now ruling Council with their restrictive laws and banning of magic. Knowing them for liars, she seeks to understand the true source of Marks. But her memories of the brutal punishments she’s witnessed haunt her, keeping her silent.

Journey’s beloved older brother begins acting strange and urges her to flee to the forbidden forest, where malicious beasts devoured her parents when she was only an infant. She stumbles upon a secret camp of rebels who believe the king still lives and that the Marks originated from his family line. When Journey learns the truth about her own family and their involvement in exposing the Council, she faces an impossible choice between saving her brother and going in search of this elusive king who may be the people’s only hope. But either choice will incur dire consequences.

Marked is book one in a dystopian fantasy duology, followed by its sequel, Crowned. The idea for these books was sparked after attending Re:write Ragged Edge writer’s conference in February 2015, where one of the authors discussed identity and the power of our beliefs, a subject that had a profound impact on me and became a prevalent theme in the novels.

In the Editing Stage: Memory and Flame

Fia is part human and part dustborn–a race that came into existence after the legendary Starfounder appeared in Haivin and threw his stars to the sky, essentially stealing the purpose of the fairies. The three races have been at odds for ages.

Struggling with the loss of her mother who was murdered by human zealots and trying to cope with the reality of having mixed blood, Fia is kidnapped by a man she’s never met and informed that the elusive dark fairy, Jeya, has it out for her. Apparently Jeya, having adopted a dark magic that thrives in shadows instead of light, believes that Fia is the one spoken of in an old prophecy. Fueled by bitterness over past wounds and seeking a twisted sort of redemption, Jeya seeks to destroy Fia and steal the girl’s destiny. But Fia doesn’t yet understand the magnitude and significance of her own capabilities. So she must learn, not only to save her loved ones threatened by the dark fairy but to become a flame of hope for a world filled with conflict and loss.

Memory and Flame (working title) is a story about confronting and learning from one’s past and the history of one’s society and forging a new way of moving forward. It’s a tale about light and hope, purpose and identity, and learning to embrace and champion the differences in others.