I was at an event the other night in which the speaker brought up an interesting point about a topic that has become incredibly important to both my art and my faith journey. I was automatically challenged in my heart to explore, dig deeper, and ask some internal questions concerning this topic because something bothered me about what I heard. I actually love these moments, because when I get an urge to uncover the root of a matter, I know I’m on the brink of a deeper revelation of truth. In one sense, that is what this article is about.

But it is also about an invitation. 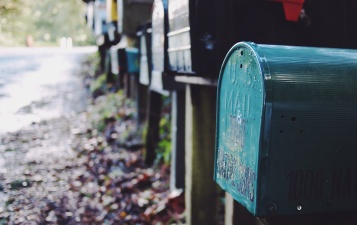 The kind of invitation that is easily and often overlooked, misunderstood, or dismissed.

The issue this particular speaker brought up was the reality of how so many Christians who have read the Bible, specifically the gospels, are not able to see Jesus as a person full of emotion. This, in turn, leads to a misunderstanding of how art and imagination can coincide with the Word of God. If Jesus was constantly stoic and serious as so many assume from reading about his life here on Earth, how is it okay for artists to emotionally express themselves? Emotions are untrustworthy and fickle. Personality is irrelevant to the truth. Oh, but how can we connect—how can we have relationship—without the aspect of emotion and personality?

I think to understand who Jesus really is we must correct our view. For those who are willing, there is a new lens available through which to see. I hope you’ll join me in opening this seemingly subtle, and yet oh so genuine, invitation into the heart of God.

The life of Jesus is nothing less than a beautiful “coming-of-age” story filled with highs and lows, friendships and betrayals, love and loss, danger, sacrifice, heroism, discovery, superpowers, risk and adventure. For those of us who grew up particularly in the church where we heard and read Bible story after Bible story, the misfortune I’ve noticed is that though these stories are ingrained in our minds and we “know them by heart,” we have somehow missed their power. They have never had the opportunity to fully come to life in our imaginations. They are so familiar that we fail to see the incredible ramifications of the truths they display and the epicness of the stories themselves. In recent years Hollywood has, in its own way, attempted to rectify this by turning some of these stories into visual masterpieces with characters that are alive and human, but even these films are a weak attempt at tackling the deeper truths. The truths that set us free. The discovery of a God that is active and present in our imaginations and the details of our daily lives.

Flipping backwards from the gospels to a little passage in Proverbs we find this gem:

Now, turning back to the New Testament we find in one of Jesus’ many parables a strikingly congruent image:

“The kingdom of heaven is like a treasure hidden in a field. When a man found it, he hid it again, and then in his joy went and sold all he had and bought that field.”

Looking further back in this chapter in Matthew we find Jesus offering an explanation to his disciples as to why he teaches the people with parables. He begins by telling his disciples that the knowledge of the secrets of the kingdom heaven has been given to them, but not to others. If you want the full explanation, I would encourage you to go read Matthew 13:10-17.  But in summary I believe that what Jesus is saying is that the people are so caught up in the law, or the old way of viewing the kingdom of God, that they are not as open to the fresh truths that Jesus is bringing. So he “conceals” the truth in parables to entice those who really want to see in a new way. The disciples have already opened themselves up to this new way of seeing because they are hungry for it, so God can speak to them plainly.

Interesting that Jesus also says that to him who has much, more will be given, but to him who has little even what he has will be taken away. This can sound cruel but I don’t think it is. I think it’s merely reality. For those who are willing to see in a new way and whose eyes have been opened, they will be given more truth. But for those unwilling to see beyond or to take a step out of their comfortable understanding, comprehension will be taken away. Hence, I believe that the parables, in essence, are the invitation of Jesus to the curious and the hungry. At the end of verse fifteen Jesus opens up this invitation to any who will “turn” by saying he will heal those who turn their hearts and their minds to accept fresh understanding.

So the invitation is for all of us.

Through the parables Jesus offers many explanations of what the kingdom of heaven is like, including the illustration of the treasure in the field. I think for many the concept of the kingdom of heaven is ethereal and if we were to admit it, we’ve hardly understood what it really is. Could I be so bold as to propose that perhaps the kingdom of heaven is nothing less than Jesus himself? I almost get chills just thinking about that. Like maybe this whole time Jesus was just trying to get people to see that it really was about him all along, and for those who caught on, they would know in their deepest being that he was the treasure worth leaving everything for.

Friends, this is the truth we are after. This is what our longings point to. I don’t believe that Jesus was ever stoic or unfeeling. I think that there is a very clear invitation woven throughout the stories of his life and ministry for seekers to come, dive in, and discover the beauty of a God who has more personality than all of us put together. The invitation is there without a doubt—but for those with eyes to see and ears to hear. We will only believe what we allow ourselves to believe. We’ll only see what we’re willing to see.

But consider this: Our full glory as children of God will only be revealed when we allow our curiosity to plunge us into a relentless search for the truth. This is essentially what Proverbs 25 tells us. God takes delight in concealing a matter because he’s inviting his children, who are made to be kings and queens, into this delightful and mysterious search to uncover the reality of who he is.

It’s an invitation into a depth of relationship reserved for those who want everything Jesus has and is—even the truths that seem to be unwritten—the characteristics that require our imaginations to comprehend.

Ah, there it is. Imagination. The great misunderstood gift. As writers and artists, we rely on our imaginations for everything we create. And just as it is the glory of kings to search out a matter, the same is true for us as artistic people. We write stories and compose songs in order to enter into this grand search for truth. In the very act of employing imagination we discover things we couldn’t have discovered any other way. Why would Jesus have sent his Holy Spirit if not to be actively involved in our imaginations, leading us through the ups and downs of our emotions and revealing pictures and words and ideas to us in ways we’ve never thought of before? This is the importance of art and stories in the life of believers. Discovery. A journey to uncover who we are and who God is and what it all really means as we relate with a creative Holy Spirit and let him give us new eyes.

The invitation is open. Will you join the search?